A cervical disc herniation would give you either mild pain and/or stiffness symptoms.. or it would give you severe pain symptoms with or without numbness and tingling down either arm. That’s why you need the help of a health professional who knows this condition very well to tell you what’s going on and how to fix it.

Most cervical disc herniations are misdiagnosed and therefore mistreated.
Sometimes your symptoms may go away on their own or with treatment that is not actually fixing the problem… that doesn’t mean that the condition is any better inside or it wouldn’t come back. In fact, it can come back with vengeance.

An intervertebral disc in the spine is very strong and sturdy. It would take a huge amount of force or lots of repetitive abnormal forces to herniate/injure a disc. So most people with disc herniations in their spine have had abnormal biomechanics and joint movement that has lead to the destruction and injury of the discs over years.

Improving this condition is absolutely possible. But patience is key! As it’s probably taken a long time for the discs to get injured and finally herniate and show you symptoms of neck and back pain, achiness, numbness or tingling down the arms… it’s going to take some time to fix it properly. Especially as the discs in the spine don’t get very good blood flow.

How do discs get injured from repetitive abnormal trauma?

Well… let’s go back to the beginning.

When there’s a misalignment in the spine, the joints stop having correct movement and mobility. This means that the tiny little muscles that support those joints don’t get used as much therefore they get weak and lazy.

For example: think about a time when you have had a cast on a body part to let it heal from a fracture, upon taking off the cast, what did you notice? You would certainly notice that that particular body part is smaller and weaker than the other side that hasn’t had the cast around it.. showing that without joint motion, muscles don’t need to work, therefore they shrink (literally) and get weak… not only that, the brains connection to the muscles and joints become weaker too (use it or lose it).

Now that there’s muscle weakness and reduced connection to those muscles… the brain tries to compensate for this by making other muscle groups around your spine and body work harder… which would over time create tightness, stiffness and pain.

So one would then go onto having on and off massage, acupuncture, physiotherapy and so on to relieve that tightness, stiffness and pain. Which for the most part works perfectly for the symptoms.

What would happen to all the structures inside the spine such as the bones, discs, nerves and so on if the supporting muscles are not really supporting them?

That’s right… they would get damaged.. little by little over months or years.

So do your spine a favour and get it checked early! The earlier the better.. and stay on top of it. 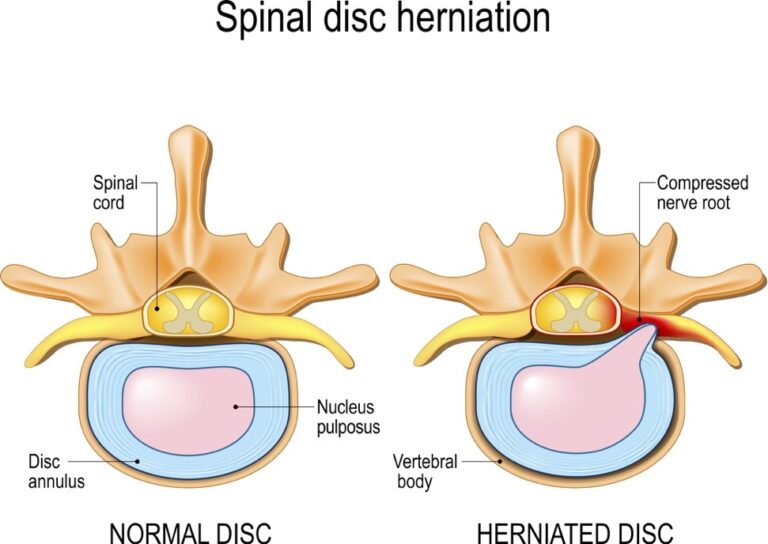